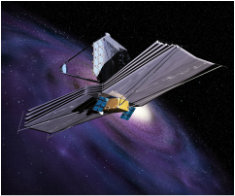 Why Explore Space?
Is space exploration worth the expenditure of our tax dollars?  The answer is a resounding "Yes".  This program discusses the myriad ways that space exploration has not only enhanced our knowledge of the Universe, but has significantly benefited us in our daily lives.

Hidden Wonders in the Summer Night Sky
﻿Stars and planets are mere points of light when viewed without a telescope from Earth.  But through the technology of the Hubble Space Telescope (and others) spectacular features of galaxies and nebulae can be seen in amazing detail.  This program uses the familiar summer constellations as a road map to explore some of these fascinating objects in space.

A Celebration of Stars
The night sky has been a source of fascination for people for millenia, and from humankind's earliest beginnings images and records have been found that reflect a desire to understand and map the heavens. This program offers a brief history of astronomy and shares with viewers some of the latest images of the Universe through the eyes of the Hubble, Spitzer, Galex, and Chandra telescopes.

Views of the Solar System
Eight planets orbit our Sun and each one is unique. Over the past four decades, all have been explored by spacecraft. This presentation provides an overview of the various missions to each of the planets and provides information about the discoveries that have been made.

Mysterious Moons
Earth's Moon is a familiar sight in the night sky but it is just one of scores of moons that revolve around planets in our solar system. From the fiery volcanoes of Jupiter's volcanic moon Io to the methane seas of Saturn's largest moon, Titan, this program presents an array of fascinating images of the many moons of our solar system.

Mars the Continuing Quest
For millennia, Mars has been a source of fascination for humankind. The most similar of all the other planets to Earth, Mars has mountains, canyons, shield volcanoes, and dry river beds as well as clouds, winds, and seasons. You will learn how all these features on Mars compare with those of Earth. This presentation describes the discoveries made by past missions to Mars such as Mars Pathfinder and Mars Global Surveyor, and describes current missions like The Mars Science Laboratory mission's Curiosity rover, and planned missions for the future.

Volcanoes of the Solar System
There is no force in nature as awesome and powerful as a volcanic eruption. but volcanic activity is not unique to Earth. This program highlights volcanism on Earth and explores other moons and planets in the solar system which have also been shaped by volcanic activity. Fascinating discoveries made by the Voyager, Galileo, Mars Global Surveyor, and other missions will be discussed.

The Many Faces of the Sun
The Sun is the ultimate source of light and life on Earth. This presentation examines features of the Sun that have been revealed in x-ray, ultraviolet, and visible light, such as magnetic field loops, coronal holes, solar flares, and prominences. The program also includes a discussion of the various missions that study the Sun including Genesis, SOHO, TRACE, ULYSSES, and Yohkoh.